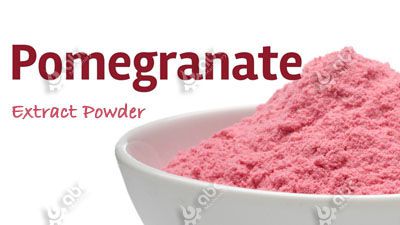 The pomegranate seeds are said to be nutritious since they contain fiber, sugar, vitamin B6,vitamin C, vitamin K, folate, protein, phosphorous, potassium and carbohydrates which are all important to our bodies.

There are three main active ingredients which can be extracted from Pomegranate Seeds.

Sub-critical extraction machine is suitable for extracting various of active ingredient from natural plants including Pomegranate Seeds. It refers to the process in which the active ingredient get extracted by the use of pressure (0.3-0.8MPa). The extract solvent exist in two forms i.e. liquid(under pressure) and gas(standard pressure). Sub critical pressure condition is characterized by increased solvency, accelerated transfer, increase the permeability, and most importantly the diffusion process is quickened. The result of the operations increases in the distribution rate. The most attractive feature about the sub critical extraction is the retention and protection of the material properties of the natural active extract. This gives the process a unique characteristic that promotes its adoption in the market. 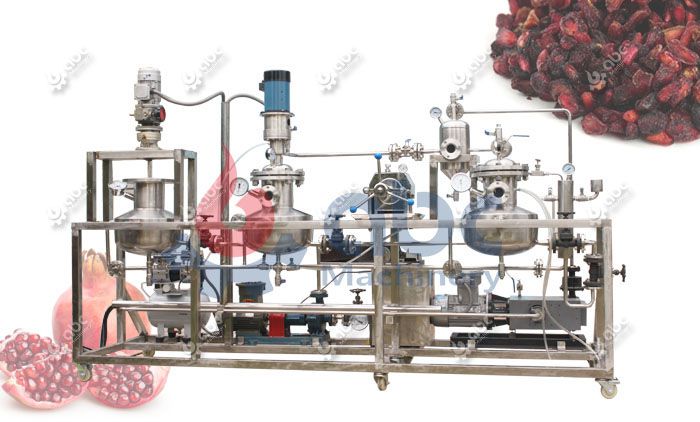 To ensure high-quality oil, in the extraction process the oxidation of the material is prevented by preventing the contact of the materials with the air. The very advantage of the process over the supercritical extraction process is that it's much cheaper and it requires lower pressure making the equipment the best for overall use in the industry that have mass production.

Pomegranate seed extract comes from a fruit called pomegranate. This fruit name is a Latin name which means ‘seeded apple‘. Pomegranate is a fruit which is almost the size of an orange. This fruit has a smooth thick skin. The fruit has color that can range from brown, yellow to a deep red color. Pomegranate fruit is separated inside by membranes that are cream colored. There are a hundred of seed pods called arils which basically consists of edible seeds which are juicy and are brilliant red and there are about 600 seeds in one pomegranate. These arils(seed pods) are what is commonly referred to as pomegranate seeds which can be eaten raw.

Pomegranate juice is now becoming popular due to aril systems which has easily come up with means to separate the arils from other parts of the fruit. Pomegranate wine has also been ,manufactured and its popularity is also growing due to its flavor and health benefits.

After the arils have been juiced, the hard small seeds that are left contains oils that are rich in nourishment and contains antioxidants. They are highly used in cosmetic industries in the manufacture of skin lotions and creams such as anti-ageing creams.