Walnuts are rich in nutrients. Per 100g walnuts include 15g~20g protein, 10g carbohydrate and a lot of fat. It also contains contains calcium, phosphorus, iron and other trace elements and minerals, as well as carotene, riboflavin and other vitamins. (Recent Post: Extract oil from Eucalyptus ) 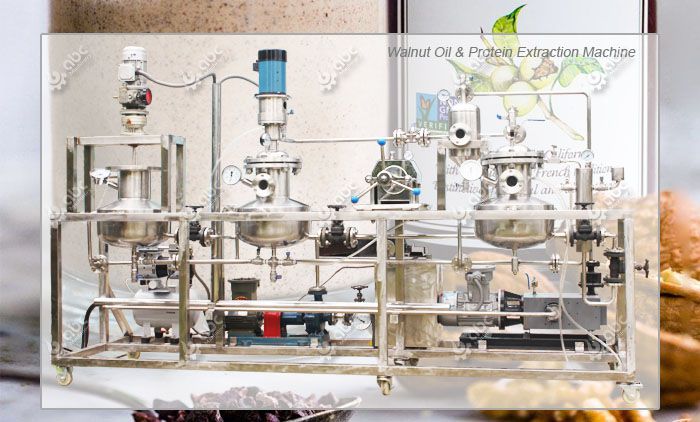 Traditional edible oil extraction plant adopts hexane extraction process. The active ingredients of many precious plant oils has been destroyed during the high temperature desolventizing process, while with subcritical extraction machine, the heat sensitive component is not damaged at all. Besides, it also overcomes the problems of protein denaturation and high energy consumption in alcohol production, ensures the invariability of protein and other components in meal. Read more about complete solvent extraction plant >>